Home Masterpiece Stories Why is the Mona Lisa So Famous? 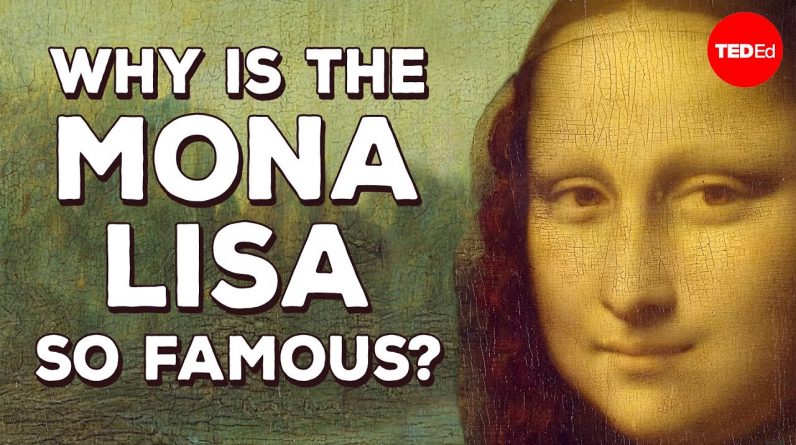 There are several reasons why the Mona Lisa is so famous. It is one of the most popular works of art in the world, and is one of Leonardo Da Vinci’s best known paintings. The painting’s widespread reproduction in popular culture, exhibition at the Louvre, and valuation have all contributed to its fame. It is currently worth hundreds of millions of dollars, making it one of the most valuable works of art in the world. But what makes the Mona Lisa so special? Below are a few reasons.

Table of Contents hide
1 It’s a portrait of a woman with a hint of a smile
2 It survived vandalism
3 It has been copied thousands of times by artists
4 It was distorted, disfigured, and played with
5 It has been a subject of crime stories

The Mona Lisa is a famous painting by Leonardo da Vinci, but the woman in it always has an ambiguous look. A recent study conducted at the University of Freiburg suggests that the Mona Lisa may have a “happy” look, despite the fact that her mouth is open. To test this hypothesis, the participants were shown nine black-and-white photos of the Mona Lisa. Eight of the photos were altered digitally at the mouth, and four of the photographs made the model look happier or sadder. After viewing the photos for thirty seconds, participants correctly identified the original Mona Lisa.

The painting is the most famous in the world, and it is one of Leonardo da Vinci’s best-known works. It attracts 20,000 visitors every day. It is one of few works of art that are instantly recognizable to the general public. To keep the masterpiece safe from vandals, the painting is protected by bulletproof glass. But that didn’t stop a young Bolivian from throwing a stone and damaging the painting. Another Russian tourist threw a drink at the painting, damaging it. 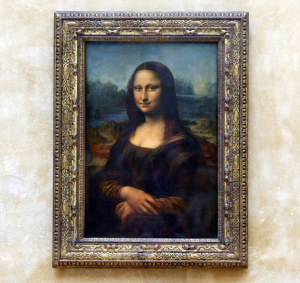 In 1956, a young Bolivian threw a rock at the painting, severely damaging it. In the following year, another visitor threw a mug at the painting, but fortunately, the paint stayed intact and was restored. The Mona Lisa has since been protected by bulletproof glass, which has helped to prevent any further vandalism.

In the 1930s, French politicians proposed a separate gallery for the Mona Lisa. This plan was rejected by the director of the Louvre, but the culture minister of France proposed the idea of a traveling exhibition for the painting. The Mona Lisa has not been on public view since then, and its last public appearance was in 1963. Its fame led to calls for a separate gallery. In the 1950s, Cook’s tours visited the Mona Lisa and were applauded.

It has been copied thousands of times by artists

Since Leonardo’s death, the popularity of the Mona Lisa has grown as the Internet and meme culture have brought it to the attention of millions of people. Not only is the Mona Lisa often reinterpreted as a contemporary figure, but it has also appeared on a variety of commercial goods. In fact, many of the ‘Mona Lisas’ have been re-imagined as everything from cuddling a Shiba dog to having a bad hair day. Some artists even have been seen wearing a face mask in the age of coronas. 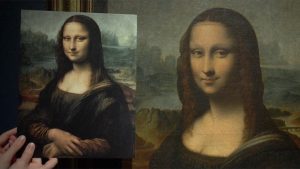 It was distorted, disfigured, and played with

In 1963, Andy Warhol gave the Mona Lisa celebrity status with Thirty Are Better Than One, and other artists quickly followed. In the 1960s, Jean-Paul Gaultier, Magritte, and Jasper Johns took on the painting. In the 1970s, prominent 20th-century artists began modifying it and transforming it into their own versions. Weegee even distorted the face of the Mona Lisa by changing the angle of her smile, elongating the forehead.

It has been a subject of crime stories

The Mona Lisa is a painting of great beauty and fame, but it has a notorious history of being stolen. In the early years of the 20th century, the Mona Lisa was not the most famous work of art in the world. However, its theft greatly increased its fame and the case received international media attention. The media coverage during the first two years of the painting’s absence only heightened the painting’s fame. Over time, the Mona Lisa became a symbol of the world’s art, and it has been the subject of several books, films, and television miniseries.

The Mona Lisa was stolen from the Louvre Museum in 1911. At the time, no one knew the exact location of the stolen artwork. In 1911, an Italian painter slipped into a cupboard and unframed the Mona Lisa, leaving the building with the painting. The theft caused a media frenzy and global attention. The theft occurred two days before the Louvre Museum reopened after a major renovation. The theft was suspected by Picasso and his modernist opponents of traditional art. While the theft was never solved, the Mona Lisa was recovered from Italy. Two years later, an art dealer alerted the authorities of an upcoming sale of the Mona Lisa. 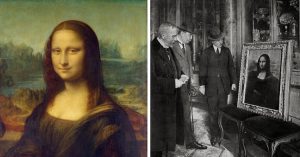