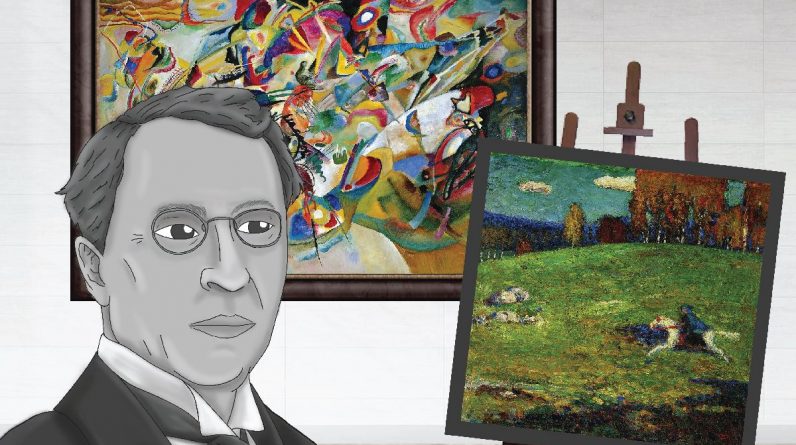 Wassily Kandinsky was a Russian born painter. In the years before World War II, Kandinsky was was co-founder (along with Franz Marc)of the Expressionist group Der Blaue Reiter (Blue Rider) and later he taught at the German Art School The Bauhaus. 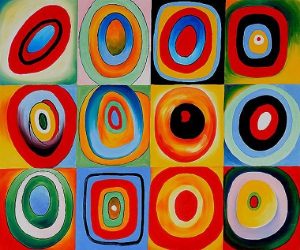 Kandinsky is considered the originator of abstract art. After travelling to Paris he was influenced by the art of Gauguin, as well as the work of the neoimpressionists. Kandinsky began as a landscape painter, depicting the essence of what he saw outside.

Kandinsky's main interest was creating expressist art with the pure elements of color and shape. Having come from a religious background, Kandinsky would convey religious and spiritual elements in his work. He was also influenced by science in his art. He then developed his ideas concerning the power of pure color and nonrepresentational painting.

His first work in this mode was completed in 1910, the year in which he wrote an important theoretical study, Concerning the Spiritual in Art (1912, tr. 1947). In this work he examines the psychological effects of color with analogies between music and art. It is believed that Wassily Kandinsky created his first non-representational painting while he was studying with theosophist Rudolf Steiner. 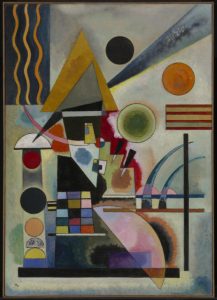 Steiner was a strong influence on many of the early modernists along with that of Madame Helena Blavatsky. This would lead Kandinsky to decide that objects were not necessary in his work since he believed that having recognizable objects in his paintings would actually detract from his work. Kandinsky decided to paint with only feeling in mind since in order to depict the spiritual, the work should be abstract with the colors and lines depicting emotion. Kandinsky felt that it was not possible to describe a spirituale epiphany in a realistic, formally structured way. Wassily Kandinsky traveled to France at the beginning of World War II where he continued painting almost until his death in June