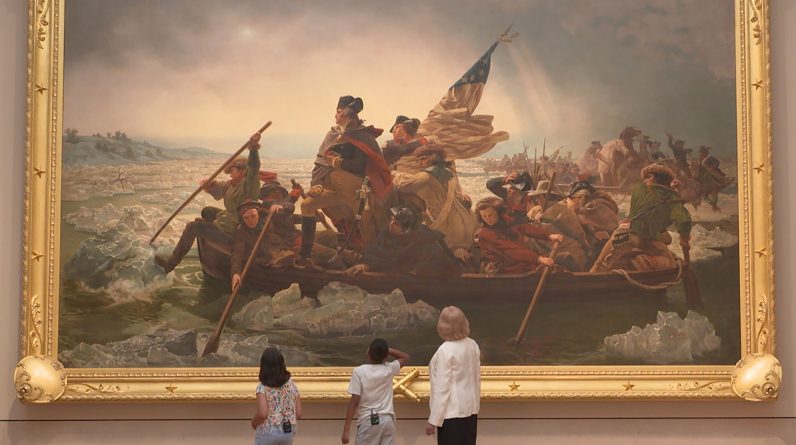 The painting named as Washington crosses Delaware by Emanuel Leutze is a masterstroke at the realist painting of the German-American artist. Created in 1851 when the political scenario of the country was high and mighty, “Washington Crosses the Delaware” portrays and commemorates the contribution of General George Washington towards his country and countrymen. The original piece is preserved in the Metropolitan Museum of Art since 1897, yet the demand to own its replica has only gone up with time. In the section below, we will explore a few features of this painting that has earned it its brilliance.

Table of Contents hide
1 The situation outlined
2 Significance of the realist picture
3 Why should have this painting in your possession?

The most intriguing part of the painting is its setting; from the view of it, one will understand that the stage has been set for bravery, dignity, and poise. Here, General George Washington can be seen crossing the Delaware River and being followed by his troops in this glorious event during the Revolutionary War and the event dates back to the night of December 25th and 26th in the year 1776. The crossing of the river holds a lot of significance, soon after he went to the other side with his trail; he launched an unexpected attack on the troops of Hessian forces when New Jersey was being the host to the Battle of Trenton. 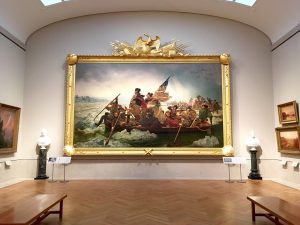 Significance of the realist picture

What makes this painting even more interesting are the historical details that are attached to it. If we look through the dates of the actual battle and the one when this painting was given life, we will see that there’s a gap of three years; this has further led to the birth of a few fascinating changes that Leutze inculcated as his own. The flag that has been shown in the painting came into existence after a year of the battle and the boats and equipment used by the troops to cross the river were eventually different. These differences have been harmoniously amalgamated with the precise ones such as the uniforms and the national pride depicted on the face of the General and his forces.

Why should have this painting in your possession?

After all the facets of the painting that we have discussed in the aforementioned division, it is clear that even though Emanuel Leutze intended to present a true picture of his times, yet he did not rule out his understandings and interpretations; rather he used them strategically to endow the painting with a flavor of his own. Possessing a war painting like this in your collection will not only increase the keenness of every eye that turns towards it and keep them wanting more but is sufficient to escalate the value of the whole room without any accompanying accessories. Furthermore, war paintings are a subtle way to keep you alive at every moment by charging you up with enthusiasm and pride for your own country, especially for military enthusiasts. Lastly, war paintings like this preach discipline and its importance in everyday life and invoke every bit of passion that makes a man complete for himself and the responsibilities that he owes to the society that is incessantly nourishing him.