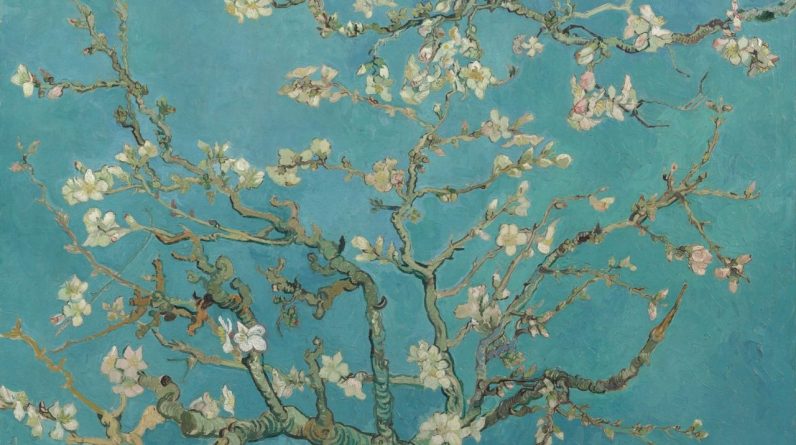 The entire life of Vincent Van Gogh was about adventurous experiments on the canvas. He created many impressive artworks with a thought that if it worked out, everything would be fine.

History reveals that his brother, Theo, had a child in 1890 and Vincent was so excited to about the news of newborn child that he happily named the child Vincent and turned out to be his godfather.

Table of Contents hide
1 The inspiration behind Almond Blossom Painting:
2 The hidden feelings of this mesmerizing painting:

The inspiration behind Almond Blossom Painting:

Van Gogh shifted to Arles with a dream that it would be a new beginning in his life where all painters will be doing their work happily. While working at Saint-Paul Asylum, he was thinking about a successful and happy life, and soon he heard about his nephew’s birth. He got so excited and started painting for the baby. The thing he started painting on the canvas was a Blossoming Almond Tree. He planned to hang this picture in the room of the newborn baby. After achieving his dream, he also received a letter from his brother’s wife saying that the baby watches the beautiful painting with complete happiness and great interest. It was a news filled with real joy for Vincent.

Note that, earlier Vincent used to paint some branches in a vase, and they used to depict his still life. However, after the birth of his nephew, he created a masterpiece in the form of blossoming Almond Tree. He was a completely different composition as compared to his old artworks. This painting shows a beautifully created almond tree with a blue sky in the background. However, in his painting, it is not clear whether these branches are sitting in the vase, or they are still attached to the tree.

Same as most other paintings of Von Gogh; this ultimate creation was also inspired by Japanese Prints. He always admired the creativity of Japanese artists and learned the way to express the beauty of nature by using dark outlines, bold colors, and catchy tunes. 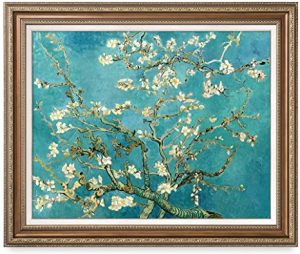 The hidden feelings of this mesmerizing painting:

This famous painting of Blossoming Almond Tree represents a thought behind rebirth. The blooming trees and flowers in this painting display the beginning of a new life and spring. It was an indication of joy that people have at the time of the birth of a baby. This painting was very close to the heart of Vincent as it defined his relationship with his nephew. He exchanged many letters with his brother about this painting, and they are still a matter of discussion for all those who love the creative paintings of Van Gogh.

Van Gogh lived from 1853 to 1890, and during his lifetime, he created many unique paintings. However, he was rarely satisfied with any of those; expect the beautiful blossoming almond tree.

We must say that there is something unique about nature; it can express every thought hidden inside the heart. If you also want to add such creative collections to your personal collection of artworks; we advise you to get a museum quality oil painting reproduction.