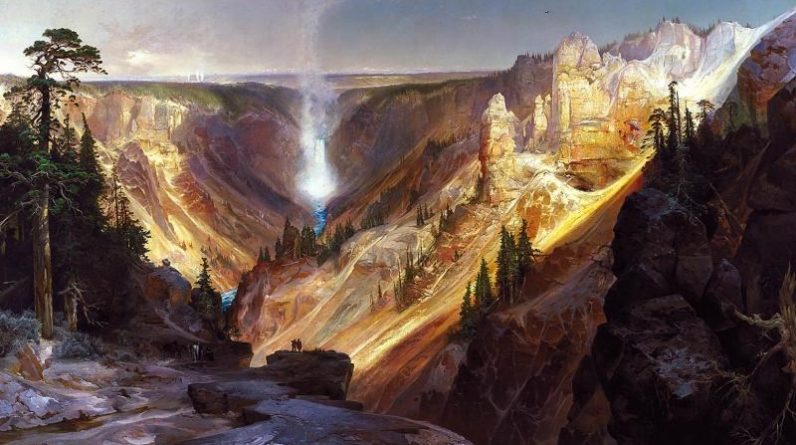 Thomas Moran was born to two handloom weavers in the year 1837 at Bolton, Lancashire. Within very less time, the growth in industrialization at England vanished the weaving process, and it forced Thomas Moran’s parents to leave their jobs over there. At some point, they shifted to Kensington, just outside Philadelphia.

The early life of Thomas Moran:

When Thomas turned 16, he joined Scattergood & Telfer, a wood engraving firm at Philadelphia and it was the very first time when he started working on art and painting seriously. He first started as an illustrator and watercolorist; a regular practice on this work took his skills to the next level. He was further motivated to be active in this field by his brother Edward; note that, his brother was already working as an associate to James Hamilton, the famous marine painter.

In the year 1860, Thomas Moran moved to Lake Superior, and he started sketching the landscape views of the lakes around. When Thomas returned to Philadelphia, he first sold his Great Lakes painting and then he planned another trip to London. His main goal during this tour was to observe the work of JMW Turner, a famous marine and landscape painter of Britain. The director of the National Gallery got impressed by the incredible artwork of Thomas, and he allowed the artist to work in a private room in the area. After coming back to U.S. Moran was again interested in visiting the west side but he waited for the right time. 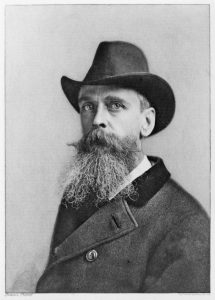 Finally, he got the opportunity to visit the famous Yellowstone National Park in 1871; he was actually hired along with William Henry Jackson, a photographer, to document the beautiful landscapes in the area. Well, it was the best opportunity for him to accompany Jackson for the most awaited trip and they started documenting many hot springs, geysers, canyons and many other areas near National Park. They created beautiful work in their partnership; two most popular artworks of Thomas during this trip were The Chasm of the Colorado and The Grand Canyon of the Yellowstone. Both these amazing paintings were purchased by Congress with an estimated amount of $10000 each, and they were later displayed in the Washington Capitol.

After earning some money by selling those paintings; Thomas decided to travel to Europe again. He purchased a gondola at Venice and returned with that to produce some new artworks after 1890.

In his old age, Thomas shifted to the west permanently, and he settled at Santa Barbara, CA. He also traveled to some nearby areas like Laguna pueblos and Acoma to create some landscapes. He also drew the lifestyle of the local people. Ultimately, he left the world in 1926 due to some natural causes.