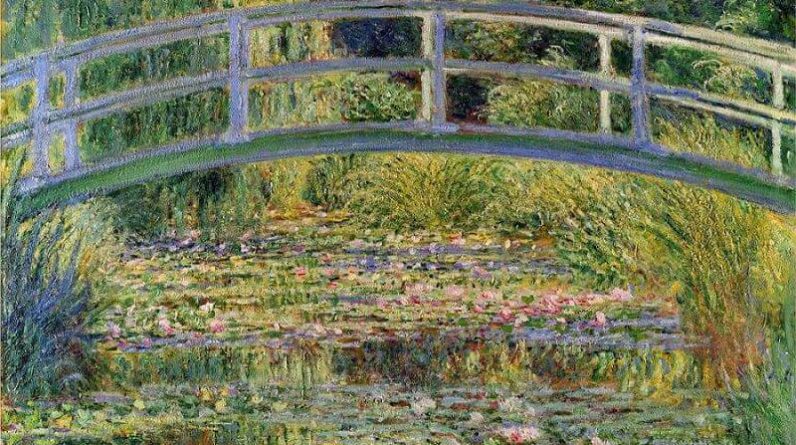 If anyone want to start conversion about Claude Monet, the first thing that comes to every mind is his contribution towards Impressionism. He created many awesome paintings during his lifetime, and they left a unique story behind.

Table of Contents hide
1 The artist: Claude Monet
2 Masterpiece in the series: Water Lilies paintings
3 The awesomeness of Water Lily Pond painting:
4 The motivation behind the masterwork:

Considering the historic perspective, we must say that Claude Monet was the ultimate driving force behind the concept followed by modern artists that is better known as “Impressionists”. He was actually influenced by Johan Barthold Jongkind (1819-1891) and Eugene Boudin (1824-1898). He specialized his artistic skills in plein air painting where artists add more focus to the momentary effects of color and light. Few other impressionists that worked in this direction were Renoir (1841-1919), Alfred Sisley (1839-1899), and Pissarro (1830-1903). 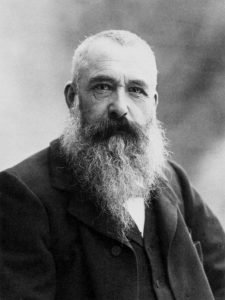 While creating so many eye-catching paintings for several years, Monet dedicated the last 30 years of his life to famous landscape paintings. He created them at his Giverny based water gardens. Among all those masterpieces, the series of Water Lilies Paintings (1897-1926) had 18 elegant views of wooden Japanese footbridge on the pond. Some of the most popular paintings in this list include The Water Lily Pond (1899, National Gallery, London), Bridge over a Pond of Waterlilies (1899, Metropolitan Museum of Art, New York), and The Japanese Footbridge (1899, Metropolitan Museum of Art, New York).

As mentioned above, The Water Lily Pond painting was created in 1899 and Monet exhibited this impressive artwork in the Paris gallery that was owned by Paul Durand-Ruel (1831-1922). The dappled sunlight, tone and texture, along with orchestration of color in this painting showcase the en-plein air approach of the artist. The painting displays his observations and sensations as well. In order to create the flower laden surface, he used many short rapid brushstrokes with dabs or touches. Instead of using the common round brush, he preferred the ferrule, square and flat collections to add a special impact on the canvas. The shapes and texture of foliage are defined elegantly with layer by layer application of paint with palette knife.

The attractive curve of famous Japanese footbridge divides the painting into two sections, and it is harmonized with the pond surface below by using mauve lines with green tracks. 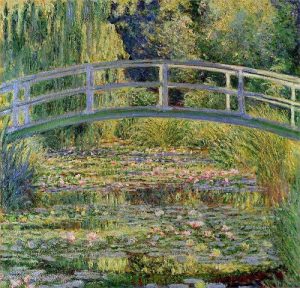 The motivation behind the masterwork:

In year 1901, Monet admitted that he is obsessed with the water garden painting and he use to visit this place at least thrice a day just to monitor the changes in light. He used to record all the details in the notebook and continued his work on these outstanding collections for his entire lifetime. Note that, in his last series, he started ignoring the bridge and bank and focused on the water surface only. But his masterpiece, the water lily pond is still ruling the hearts of art lovers around the world.

Those who are eager to collect few catchy and elegant landscape paintings at their personal art gallery in the living room are advised to check the amazing collections online. You can place order for a creative series of artwork to make perfect combination with your modern home décor.