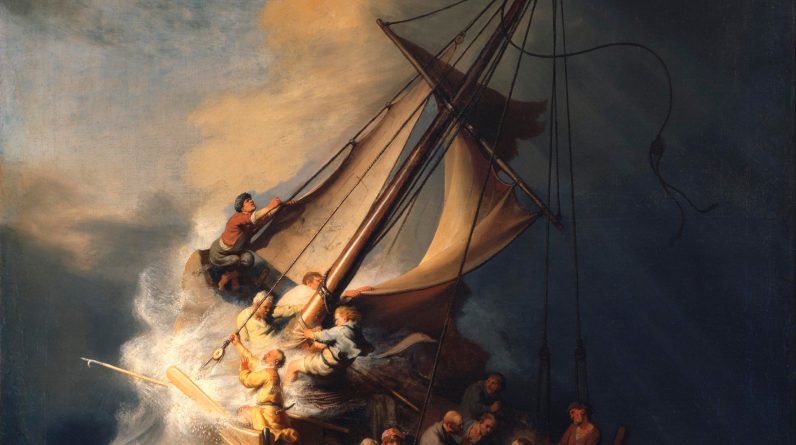 Here we are going to talk about a magnificent painting by Rembrandt, one of the 100 most famous paintings. This Dutch artist has created an intensely impactful and dramatic painting that is named as “Christ in the Storm on the Sea of Galilee.”

Before we talk more about this impressive painting, let us talk a little about the painter who created this masterpiece. Rembrandt Harmens was born on July 15, 1606, at Layden, The Netherlands.

Although he took classes for this artwork from a painting school; the basic lessons of his life for painting was taught by Jacob Isaaksz. As it was the era when painters use to create their own paints, Jacob also told Rembrandt about paint preparation tips and drawing tricks. Later, in the year 1627, Rembrandt took the opportunity to open his own painting studio, and he received many commissions due to his amazing quality of work. 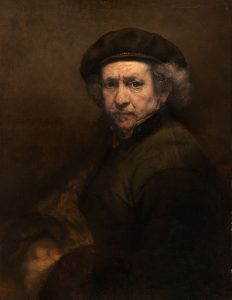 The famous painting: Christ in the Storm on the Sea of Galilee

The famous painting, Christ in the Storm on the Sea of Galilee displays one of the most heart touching scene of the Bible. It shows how disciples got terrified when the storm came in the middle of the sea, and Christ teaches them the lesson of faith on God.

At first glance, it may appear that the artist has just brushed some larger areas and separated them with color variations. But it took real effort to make the tiny human faces. Rembrandt added the emotions of terror and fear to this painting in much creative manner. He played wonderfully between dark and light. The intensive waves are trying to take away the boat, whereas disciples are making efforts to save it by all means. This is a terrible fight between nature and mankind.

In this painting, five men are stuck to the boat sail, whereas others got closure to Jesus. A subtle hollow distinguishes between both parties, and it seems like everyone will be drawn; however, the actual story is something else; very well written in the Bible. 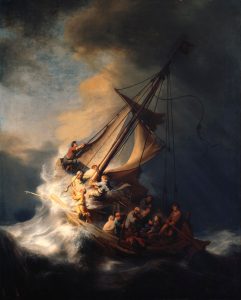 Isabella Stewart Gardener Museum and Christ in the Storm on the Sea of Galilee:

This ultimate painting was created in 1633, and it belonged to many art lovers for several years after that. However, it became a part of the Isabella Stewart Gardner Museum in the year 1989. Unfortunately, it was stolen from the museum in 1990. At that time, two thieves, dressed as policemen, arrived at the museum and said that they are here on an emergency call. After entering the premises, they stole paintings equivalent to around 500 million dollars. Along with this mesmerizing painting of Christ in the Storm on the Sea of Galilee, they stole many collections of Vermeer.

If you are also in love with famous paintings, we advise you to check the latest collection online at Outpost Art. The sellers are offering some stunning pieces of art at a reasonable price, and they will look really elegant in the art gallery at your home.