Home Top 100 Paintings Skull of a Skeleton with Burning Cigarette 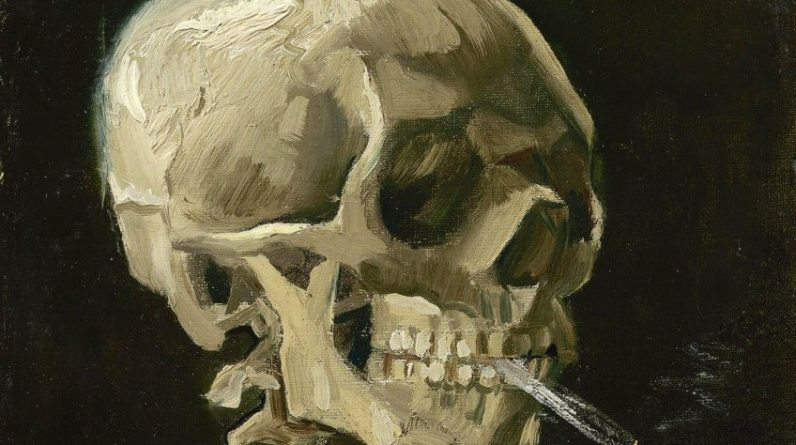 A work of art enhances the beauty of your room. By decorating a room with paintings one can augment the aesthetic sense of the room and furnish it with a personal touch. Additionally, if one can coordinate the rest of the contents of the room-such as the lightings, the furniture and other motifs, then the entire room can be transformed by one painting. When putting up paintings one also should make sure to maintain sufficient gap between each one of the paintings, except when the paintings are united by a common subject matter. Otherwise the room would look cluttered and the beauty would get blurred. With a careful balancing the entire room can be transformed by one painting.

Skull of a skeleton with burning cigarette

This macabre painting by Van Gogh is part of the collection of Van Gogh paintings which are on display at the Van Gogh Museum in Amsterdam. It is one of the top 100 paintings in the world. Van Gogh painted the picture during his art school days at the Art Academy of Antwerp. The painting is considered to have been painted as a satire against conservative academic art practices, considered by Gogh as not rooted enough in the world of reality. This painting is considered to have been painted by Van Gogh as a memento mori on the vanity of earthly pleasures and as a symbol of reflection on mortality, the final destination of every life on this planet. In a way, the painting was also symbolic of Gogh’s own ailing health, indicating his consciousness of his own end drawing near. The cigarette is interpreted to depict Gogh’s criticism of smoking, though he himself was a smoker all his life.

The background of the picture being completely dark would go well on walls with dark color shades of blue or red. Also, to get a chilling effect of the skull the lighting in the room should not be too white, rather neon lights would add well to the decor of the room. This oil painting on canvas can be embellished by framing it in colors of brown or golden. If similar paintings of the same subject can be hung, it would complement to the beauty of this painting, however, one has to keep in mind that the wall should not be made a clutter of paintings. Spooky motifs such as skull candles, skull flower vase and printable skull art can also be placed in the room to accentuate the eerie feeling of the Halloween. This painting can be placed in the bedroom or the boudoir of the living room where it is sure to attract the attention of the guests with its spooky effect. This kind of room decoration would be perfect for youngsters who are interested in the horror genre of things, though not limited to them.

Every painting has a story of its own to tell. Their subtle yet potent capacity to affect the entire outlook of a room makes their careful selection and placing in the room really crucial. 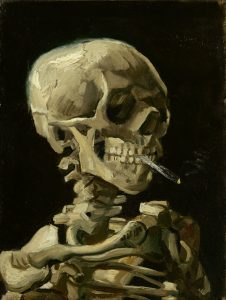