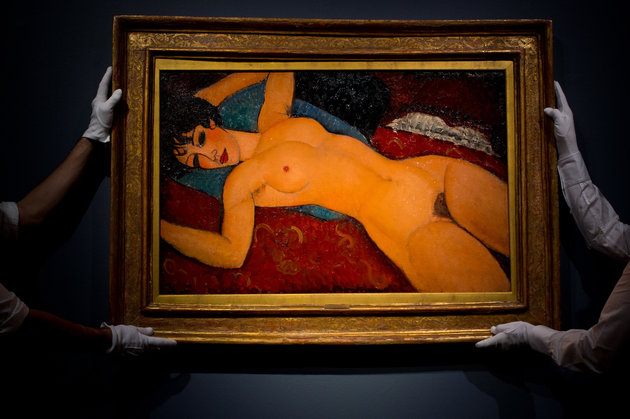 Modigliani in his lifetime had been famous for painting the series of nudes of which Reclining Nude finished in 1917 has since gained fame as one of the iconic pieces of modern art. The painting is a demonstration of the painter’s signature skill in painting nudes. Modigliani unlike most modern artists was very fascinated with creating clean lines owing to his outstanding merit as a draftsman. The lines are prominently sketched out unlike the more smudgy outlines preferred by painters of a generation ago. It is definitely a mix of the fascination modern artists had for sharp lines but his paintings are not surreal or symbol based like those of his contemporaries. 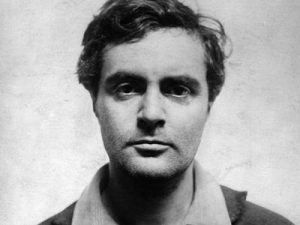 Table of Contents hide
1 Why is the painting special?
2 A mix of both worlds:

Why is the painting special?

Apart from the fact that it is a signature Modigliani, the painting also presents us with a nude that is a mix of the classic and the modern. It is not a typical oil painting but not very absurd either. There is a clearly defined woman in the frame but the background is more in the modern style with nothing specifically defined. It is a very simple composition, paintings that are simple grab more attention. It is a good idea to invest in paintings that are more simplistic than very decorative ones at times. Finally it is a matter of taste and what appeals to an individual. One of the most fascinating things about the painting is that while the lines appear sharp, the women’s body seems soft and supple. It is a very erotic painting as the women seems to be looking straight at the audience and her legs frame the bottom end of the canvas almost like dangling off the space of the painting. Everything part of the woman’s body is extremely well defined from the curve of her neck, her face and the bulging hips. The figure lies with a great elegance and dignity in the foreground of the painting. All the light of the canvas pools around her. What is fascinating about decorating with single image paintings is that, it really shuts out all the noise and stands out wherever it is placed. These paintings catch the attention of the viewers and captivate them. It would be difficult to take your eyes off the figure of the nude woman of Modigliani. This stylized painting has been highly praised for the way colour has been used to lend a suppleness to the nude.

A mix of both worlds:

Modigliani though a 20th century painter has carried the influences of the earlier masters in his work. The Reclining Nude is clearly an ode to the famous painter Goya. Some say the painting is a modern rendition of the iconic Venus symbol. Paintings with the figure of Venus have a class of their own and are pieces which have sold for millions. Venus’ figure adorns the great halls of royals and cathedrals and would be a great piece to invest in if you are looking for an artwork for your home or office.