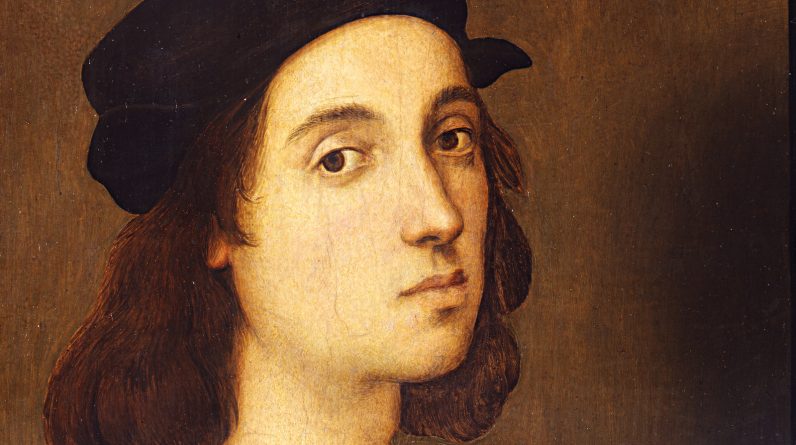 Raphael along with Michelangelo and Da Vinci forms the Renaissance golden trio who changed the course of western art. Raphael was both a painter and an architect whose works grace the Vatican and cathedrals of Rome. He was immensely productive having numerous boys who trained under him in his enormous workshop. Raphael is most popular for the kind of clarity with which he drew his human portraits and figures. The faces of the portraits of Raphael ooze a sense of serenity and calm composure. He is popular for his paintings of divine Cherubs which have then set a standard of how cherubs should be painted. He has the more balanced outlook on human figures and his sketches are admired even today for their proportion and ability to capture humans in motion so skilfully. While Michelangelo has been called the eccentric, Raphael is the go to guide for studying the perfection Renaissance paintings achieved. Raphael cannot be bought but decorating a place with prints of his work does cause a transformation. The way the faces look out of his paintings one cannot help but stare at them.

Table of Contents hide
1 School of Athens
2 The Woman with the Veil
3 Madonna and Child with St. John the Baptist

The most famous composition of Raphael this fresco graces the Stanze di Raffaelo room of the Vatican palace. The picture is the epitome of the classical ideal that Renaissance tried to depict in its paintings. The piece is symbolic of philosophy as Raphael paints the famous school of Athens where the likes of Plato and Aristotle taught Philosophy. In the painting Plato and Aristotle walk side by side while other reputed scholars of the time like Archimedes are engaged in carrying out their work. It is perfect in its composition following all classical laws. It is not difficult to get a wallpaper of this painting for your own home so you may look upon this scene every day. 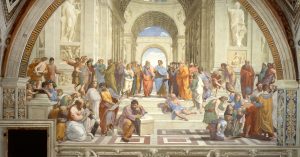 The Woman with the Veil

This painting shows the ways Raphael’s portraits come alive to us and the exquisite way he can paint each detail realistically. Just looking at the garment of the women would reveal the skill of the artist. The way the ruffles and folds are painted, it looks like an actual photograph and not an effect of colour and brushstrokes. This is a painting whose print graces many walls. The portrait is so beautiful that it will add charm to any space. It would be a perfect wedding gift and should be placed as a centre piece. Raphael captures the beauty of his mistress immortalising her for ever. 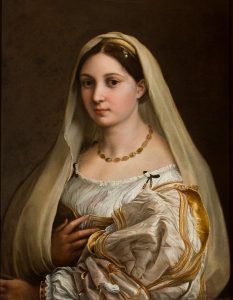 Madonna and Child with St. John the Baptist

Another popular piece where the beauty of the three figure astounds the viewer. Here the Saint John and Christ child is painted with such loving care. Their innocence and divinity mingles in their faces. Madonna is shown in garbs that are not traditional, she is a colourful and beautiful woman. St John lovingly looks at saviour Christ while Christ and Madonna exchange the love that is born in a mother son relationship. They are placed against the countryside of Rome which is more faded and lends a glow on the figures in contrast. 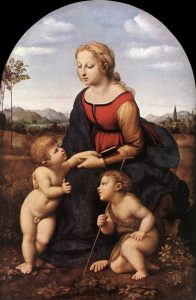