This Paul Klee biography will teach you about the influential artist’s early work, which is largely playful and satirical. It will also tell you about His journey to Tunisia and the influence His work has had on modern art. We will also discuss the influences of Klee’s work on contemporary art and his life in general. The following biography of Paul Klee will provide you with a background on this influential artist.

Paul Klee was a prominent figure in the Bauhaus

Klee is regarded as the most influential artist of the Bauhaus. He is left-handed and ambidextrous, and he taught art classes at the school. Klee cultivated his skills by reading and playing the violin. He was also a bibliophile who loved music. His work is full of rhythmic shapes and squares. His work embodies his unique artistic style.

The artist’s life was marked by turmoil during World War I. His pen-and-ink lithographs, for example, reflect the deaths of his friends. In 1916, Klee enlisted in the German army, where he was a clerk and painted airplanes for camouflage. His art and personal life were constantly monitored, as his socialist beliefs were perceived to be dangerous. He suffered many interrogations. In late 1933, Klee and his family escaped to Switzerland.

His early work is largely playful and even satirical

While Klee’s work in his earlier period is largely whimsical and even satirical, his later work reflects a more somber mood. In 1921, he created a composition called City Between Realms, which depicts a city full of turrets and other structures. This piece reflects Klee’s fascination with the afterlife, which is often reflected in his paintings.

Although Klee had a grotesque aesthetic in his earlier work, he was known for his ability to distort his subjects to create a more entrancing and sometimes comical effect. In The Hopeless, for example, Klee seemed inspired by the symbolist paintings of Ferdinand Hodler, who also included figures in quiet, sombre landscapes. However, Klee’s manikins appear to be tossed about by the conflicting energies of the landscape. Even the caption of the painting seems to be an afterthought. 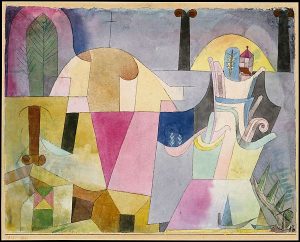 His influence on modern art

Paul Klee’s influence on modern art can be seen in many of his paintings, including Trauerblumen (1921), a work that combines graphic, color, phantasmagoric, and object shapes. In 1923, Klee joined the group of artists known as the Blue Four, which included Kandinsky and fellow painter Lyonel Feininger. The group toured the United States and found a large following among surrealists in France. In 1930, Klee became a professor at the Dusseldorf Academy, which included other modern artists like Wassily Kandinsky, Franz Marc, and Pablo Picasso. The group also included a pianist, Lily Stumpf.

Klee’s works placed the artist in a broader theoretical context. For example, his paintings referred to Bauhaus color theory, the basic principles of twelve-ton music (Kandinsky), and his own teaching curriculum. Many of his works were conceptually conceived as window displays into other worlds. These works were often made in collaboration with other artists, including the Bauhaus. In addition to this, Klee’s work reflected the ideas and aesthetics of the Bauhaus movement. 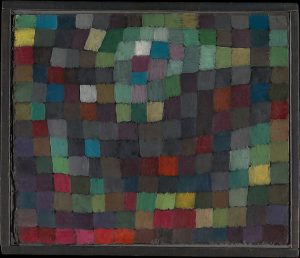 His journey to Tunisia

Paul Klee’s journey to Tunisian cities represents the artist’s breakthrough into the realm of colour. He traveled to Tunisia with August Macke and Louis Moilliet in April 1914. While there, Klee sketched the cliff-top village of Sidi Bou Said, which is famous for its blue doors and white, single-storey dwellings. He also created a diary capturing the events of his trip.

After his visit to Tunisia, Klee’s work shifted further into abstraction. His watercolors and drawings followed a stronger cosmic logic. As an homage to this remarkable artist, filmmaker Bruno Moll retraces the journey from start to finish. The documentary follows Klee’s journey and reveals the elusiveness of the experience. While Klee’s artwork was highly influenced by his time and place, there was an unmistakable connection between the artist and Tunisia.

His relationship with the mentally ill

The relationship between professional artists and the mentally ill is often the subject of a great deal of fascination. In 1922, a German psychiatrist published Artistry of the Mentally Ill, a book which became a landmark text on the subject. It is the first book to document the artistic practices of mentally ill patients in psychiatric institutions and was widely praised in avant-garde circles.

While a prominent professor at the Dusseldorf College of Art, Klee was later dismissed from his post and labeled a ‘degenerate artist’. After his dismissal, Klee returned to Bern with his wife Lily and started to create avant-garde art. It was not popular, however, and an art critic in Zurich judged his work schizophrenic.