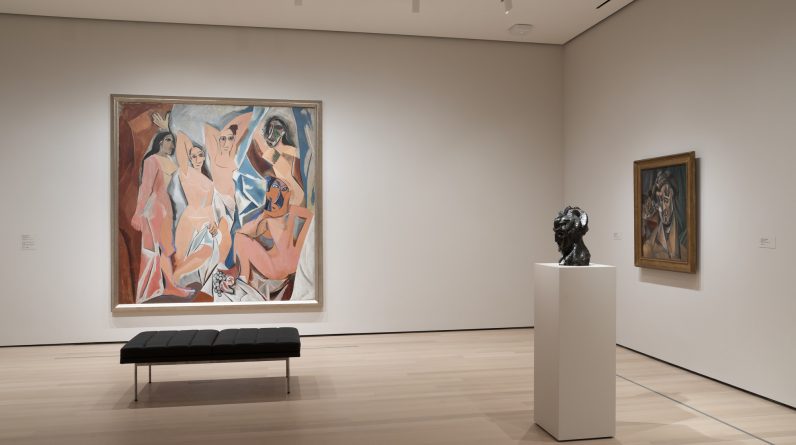 Les Demoiselles d’Avignon is a 1907 oil on canvas painting by Pablo Picasso. It depicts five women in nude as they circle a still-life. Four of the women are looking directly at the viewer. The fifth one crouches on the floor, with her back to us. The painting is the culmination of hundreds of preparatory sketches and the artist’s choices.

In the original idea of the painting, Picasso had intended to depict a brothel setting, with a sailor custodian and five women curating the body of a syphilis-stricken sailor. His intention was to portray the female form as allegory, dangerous, and double, and to represent it in the context of a brothel. In the process of creating the painting, Picasso incorporated the imagery of an ancient Egyptian temple and the bodies of five women in a grotesquely realism style.

This unusual work by Picasso took six months to complete. It was not shown in public until 1916, but its popularity was widely known among Picasso’s friends and fellow artists. Eventually, the artist sold the painting to a collector who hoped to donate it to the Louvre Museum. Unfortunately, Doucet died before the painting could be donated. Later, a number of private collectors acquired the painting, and eventually, it ended up at the Museum of Modern Art in New York. 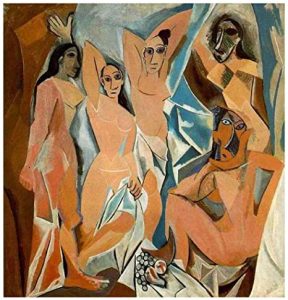 The sexiness of Les Demoiselles belies their subject matter. Prostitution is a taboo in many cultures, and Picasso used it to shock his audience. The shocking images evoked the fear of women and castration. Picasso used the symbolism of African masks to convey his ideas about women and sexuality. The melon as a weapon echoes Picasso’s concern for the female form, as does the crouching figure.

Picasso’s painting is a landmark in the history of art. It was the first work of its kind in the 20th century, and its impact was profound. During its six-month gestation, Picasso created hundreds of preparatory works that sparked a worldwide debate. This era was characterized by the rise of the surrealist movement, and Picasso’s painting was considered a modern masterpiece.

The angular forms suggest castration and fear of women

Les Demoiselles d’Avigne, contains a powerful, disturbing message. The angular forms suggest castration and fear of women. The painting also suggests the creation of the world, the division of land from the sea and the formation of the firmament with the sun and moon. The subject of this painting is not simply a woman, but a woman who is scared of castration.

Although many critics and viewers criticized Picasso’s treatment of these subjects, the artist’s choice of masks and other imagery made this painting controversial. While Picasso tended to avoid using masks in his work, Kirchner’s faces were direct expressions of her inner life. Unlike Picasso, Kirchner viewed the masks as a powerful, artistic statement. 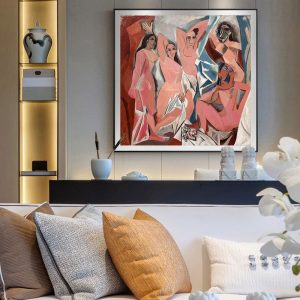 The plight of the women does not enter Picasso’s story

The plight of women in Picasso’s painting is often a mystery. The men portrayed are either sailor, a symbol of pure sexual desire, or medical student, a symbol of analytic perspective. What is the purpose of depicting the plight of these women? What is Picasso trying to say with his painting? How can he possibly be speaking of the plight of the women without including them in his story?

During the early years of Picasso’s life, he had an affair with the French actress Gaby Lespinasse. He described the period between 1915 and 1934 as “hell.” However, as Goule became ill, Picasso was attracted to Walter, a surrealist photographer. The relationship continued until 1944. However, after Picasso’s death, Walter never made an appearance in his paintings again. He died in 1977, four years after Picasso.