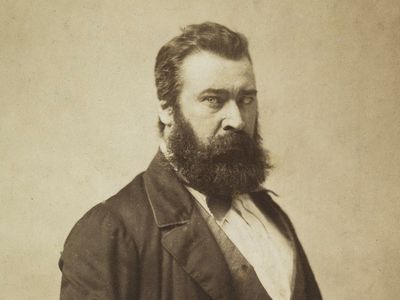 Jean-Francois Millet was born in 1814 at Gruchy and lived up to 1875. This French painter gained immense popularity worldwide for his peasant artworks. He is one of the most famous artists in the world.

The early age of Millet was more occupied in working in agricultural fields with his family. Later he completed his art studies from Cherbourg, France. Soon he moved to Paris and then got enrolment into a famous art studio of Paul Delaroche. He stayed there from 1837 to 1839 and learned so many skills for the field of art.

After facing rejection for one of his artworks at Salon; Millet came back to Cherbourg in 1840 and worked there on portraits until 1841. He registered his first success in the field of art in 1844 with two famous artworks: The Riding Lesson and The Milkmaid. Later he succeeded to gain entry to Salon for his peasant subjects; he displayed the most fantastic artwork over there: The Winnower. In 1849, Millet moved to Barbizon where he continued with his paintings in various peasant subjects. During this period, he created two famous masterpieces named as The Gleaners and Angelus. Both these paintings caught international attention at later stage, and they were also considered as a trigger for promoting labor movements and worker rights. Sadly, he was charged for being a socialist for his unique art inspirations.

In the middle of 1860, Millet gained immense popularity, and the first official recognition for his work came in 1868. It happened due to major success of his 9 amazing paintings at exposition of 1867. You can find many impressive artworks of Millet in the museum of fine arts at Boston. 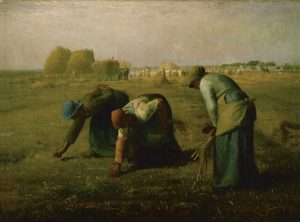 Millet was known as the master painter of his generation, and he further worked as an inspiration for many new age artists such as Georges Seurat and Vincent Van Gogh. His pictures were reproduced several times for various commercial needs. Most of his artworks were preserved at Museum of Fine Arts, Boston and Musee d’Orsay, Paris. Reports reveal that there are more than 700 paintings and around 3000 paper works of Millet in Boston based museum.

Millet created several oil paintings on canvas, and they were truly inspiring. Some of his most popular artworks include Autumn Landscape with a Flock of Turkeys, Bird’s Nesters, Buckwheat Harvest, Summer, Calling Home the Cattle, Caritas, Cliffs at Gruchy, The Comtesse of Valmont, Cooper Tightening Staves on a Barrel, Diana Resting and many more. Other than this, he worked on pastel and cote crayons leading to some memorable collections such as Bouquet of Daisies, Buckwheat Harvest, The Cat at the Window, Coming Storm, and Dandelions.

Prefer to buy some of the most attractive Millet paintings for your personal art gallery? You can find them with ease at a reasonable price at Outpost Art. 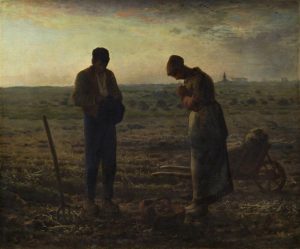