Jacques-Louis David is a highly respected painter in the French tradition of neoclassicism. His works are highly symbolic, and many of his best-known paintings are the most renowned. These works are inspired by ancient Greek and Roman art, and his neoclassical paintings are anti-Rococo in style. The artist’s themes reflect self-sacrifice, duty, and austerity. His work is associated with his Jacobin views and was tied to the French Revolution. His most popular works include the Oath of the Horatii, Death of Marat, and Napoleon Crossing the Alps. 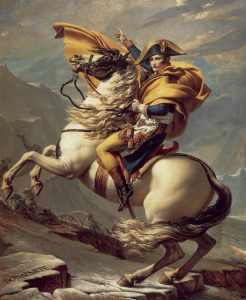 The Early Life of Jacques-Louis David is a fascinating biography of one of France’s greatest artists. His work is full of ambiguous moments, but his success is primarily nonpolitical until 1785.

While studying in Rome, David was introduced to Italian masterpieces and ancient Rome. He filled twelve sketchbooks with this material. David met influential early neoclassical painter Raphael Mengs, who introduced him to art historian Johann Joachim Winckelmann. David favored Raphael, and he visited Pompeii in 1779. He hoped to revolutionize the art world by presenting timeless concepts.

The painting Belisarius Asking Alms was completed in Paris in 1780. It combined a nobly sentimental approach to antiquity with pictorial technique reminiscent of Poussin. David married Marguerite Pecoul in 1782. His father was a wealthy building contractor and the supervisor of construction at the Louvre. The marriage was a success and the artist flourished after marriage.

The simplicity of the painting speaks volumes about David’s message. While earlier artists mined Greco-Roman narratives, no other artist combined minimalism with Greco-Roman themes. While the scene is set in a stage-like environment, its sparse archways serve as a distraction from the lesson. The central moral is expressed by every character in David’s work. Despite its simplicity, David’s work remains immensely moving.

As the French Revolution continued, David turned away from the classical style. He began painting contemporary scenes, such as Oath of the Tennis Court (1791), which glorified the first challenge to the monarchy by parliamentarians. His later years were dominated by portraits of martyred heroes. This work included The Death of Marat (1793), Lepeletier de Saint-Fargeau (1793), and Joseph Bara (1794).

The Revolutionary Career of Jacques-Louis David is an enigma. The reasons for David’s activities are often put down to his personality. Some attribute his rebellion to his artistic sensibility and temperament, others believe it stems from his high-minded idealism. Regardless of the reason, many people think his works convey a message of hopelessness. David is not the only artist who experienced this tragedy. Several other artists were also imprisoned for similar reasons. 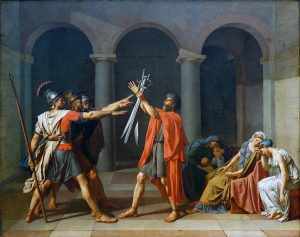 The Legacy of Jacques-Louis David

The legacy of Jacques-Louis David continues to expand with every new exhibition and publication. His work has a special place in art history, as it serves as a guidepost through French culture and art history. He was also the first French painter to use the term “contemporary” to describe his work, and this new approach has been widely accepted. But as David’s legacy continues to expand, so too does his scholarly work.

In 1792, David was elected to the National Convention, and he voted to put the execution of Louis XVI and Marie Antoinette. He gained power by conspiring with Robespierre and was elected art dictator of France in 1793. But his motives remain murky. Despite his political connections, his work continues to inspire and motivate generations of artists. While his legacy endures today, many wonder if his influence on the world of art can ever be surpassed.

After the French Revolution, David’s popularity skyrocketed. He was nominated for the prestigious Academie de peinture et de sculpture in December 1795, replacing the Royal Academy of Fine Arts. Napoleon Bonaparte’s high regard for his work brought him a large number of commissions and an honorary knighthood. He was even commissioned to paint a work commemorating his coronation as Emperor.