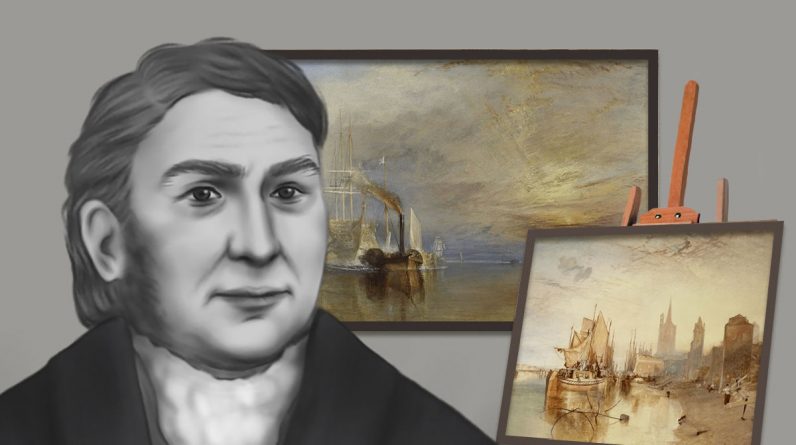 One of the most celebrated pioneers in the age of Romanticism, Joseph Mallord William Turner has made a dominating contribution in the world of landscape painting. The most intriguing factor about this artist’s works have been the subtle change in the subjects portrayed with the changing times; for instance, in the initial years of his role as a painter, he delved on the forces of nature and gave life to his fascination on the canvas, while his later works beamed with inspiration from the technology following the Industrial Revolution, that was later imbibed into the tendencies of the Impressionists.

Table of Contents hide
1 Distinguishing features and style
2 Turner Most Famous Paintings
2.1 Fishermen at sea
2.2 Norham Castle Sunrise
2.3 Rain Steam and Speed
2.4 The Shipwreck
2.5 Sunrise with a Boat between Headlands
2.6 The Fighting Temeraire
3 Why should you purchase one of these artworks?

If one analyzes Turner’s paintings closely he is bound to find that there exists a lot of them that have no definite boundaries separating one object from the another; all the demarcations seem to fade into one another signifying that none of the objects whatsoever can live in isolation. Furthermore, he has always been perceptible to change; he never felt bitter or did not want to run away and seek resort only in nature like most of his contemporaries did, rather, he absorbed every bit of essence that the transforming age had to offer and finely inculcated those elements in his portraits.

Joseph Turner had a keen sense of colors; he aimed at presenting his paintings in a way that will seem a perfect balance of hues and shades and at the same time looked like a scene that has been directly taken from a regular day of life. His methodology had a ruling impact on a style that later came to be known as oil painting that was used in a way similar to the watercolor that bore a result which appeared indigenous.

Some of the most notable works of the painter Joseph Turner which stand as the true markers of his style and aesthetic sense were:

It illustrates a moonlit sea on the rocks in the left which are the Needles. The painting looks like an oxymoron outlined on a canvas, the strength of a heavenly body on one hand and the meek sea on the other. 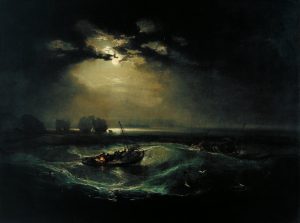 Presents an Impressionist comprehension of the sunrise over Norham Castle in Northumberland. 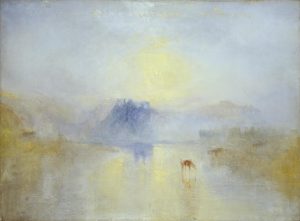 A scene from the Maidenhead Railway Bridge 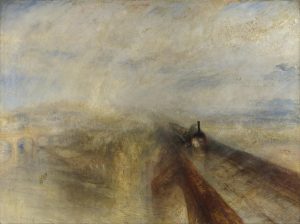 The struggle of a miserable and lonely man against the beastly sea and accompanying storm. 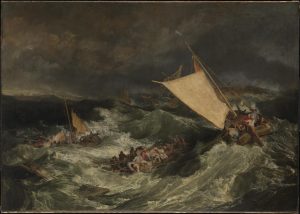 Sunrise with a Boat between Headlands 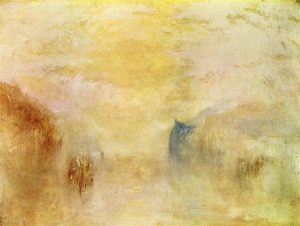 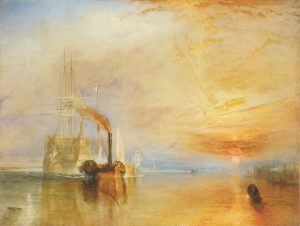 Why should you purchase one of these artworks?

First things first, to own artwork of a notable painter in your collection will not only enrich the appeal of the whole band but also add variety to add. The work of every artist comes with their unique touch and a distinguishing factor that wears the badge of eccentricity. As we have already mentioned, Joseph Turner’s works are primarily characterized by landscapes and sceneries that come with an equal blend of realistic and abstract. Additionally, the paintings of Joseph Turner have been patterned in such a manner that it produces a common ground for the artist and the spectators to interact through the painting; the painter has related his version of thoughts through color synchronization and formulations and now it is turn for the viewers to interpret the subject according to their perceptions. Owning a few of such exemplary in your art assemblage will encourage the birth of new ideas every time one tries to decipher the paintings and also grant your investment with a value that justifies the classic possession.