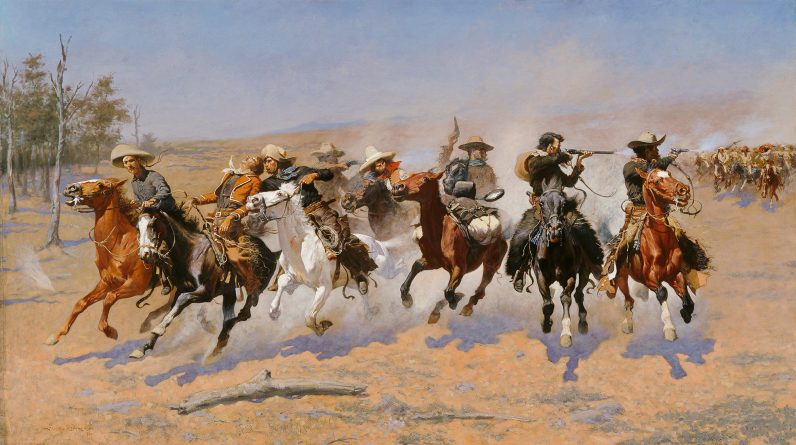 Frederic Remington was one of the most famous artists in the history of American Art. He was known for his Wild West creations, and those masterpieces inspired the producers in the Hollywood for several generations. After school, he spent many years at Territories and soon established huge reputation for his numbers of illustrations in popular magazines like Harper’s Weekly. During his career, he produced millions of artworks including oils, watercolors, lithographs, and sketches as well. 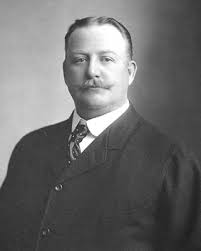 Frederic Remington focused on the subjects that he loved the most such as western frontier, Indians, horses, and military. Later, he also started experimenting with sculpture. History reveals that the Bronco Buster bronze sculpture that he created in 1989 was used in more than 300 casts. There is Frederic Remington Art Museum located at Ogdensburg in New York where you can find almost 80 oil paintings for this artist. Other than this, it includes 16 bronze sculptures and numbers of watercolors and drawings. While being most famous modern artist, Frederic Remington also gained reputation for his writing work during Indian Wars and Spanish-American Wars.

He went on his first trip to the west in 1881 where he saw vast prairies and buffalo herds for the first time. During this period, he also came into contact with Cavalry and Indians. This experience triggered some of the best experiences for his artwork. He married in 1884, but due to his failure to upgrade his business from running a cattle ranch to bar, his wife left him soon. It kept him disturbed for several weeks, but later he cleared his path for career and returned to New York. 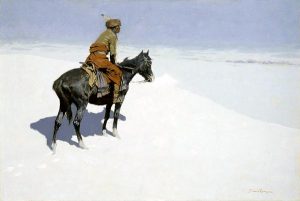 Frederic Remington submitted few sketches to Harper’s Weekly magazine, and soon his career came on the right pace. Magazine sent him to Arizona in 1886 and paid him some commission on weekly basis to work as an artist correspondent. He created several paintings about natural beauty in the west by focusing around the sky, soldier uniforms in the glaring sun, and shadows of horses as well. Although all his artworks were inspired from direct observations; some critics at later stage criticized him for creating unnatural and primitive works. However, even after receiving so many negative comments, he kept on working with his contemporary and distinctive art styles. Harper’s Weekly magazine helped him to grab attention of the audience with his amazing artworks. Some of his most popular paintings include Flight Over a Waterhole, A Dash for the Timber and Remington’s Cavalry in an Arizona Sandstorm.

He started working on sculptures in the 1890s, but soon he shifted to wax process. One of his most famous bronze sculptures was Branco Buster. During last years of his life, he left the illustration behind and got more focused towards sculptures and paintings. Some of the best examples of his artworks include The Scout: Friends or Foes, Self-Portrait on a Horse, and Shotgun Hospitality.

Frederic Remington inspired many modern artists to work on sculptures, oil paintings, and illustrations. You can find many museum quality oil painting reproductions online. They are available for purchase for the art lovers around the world. 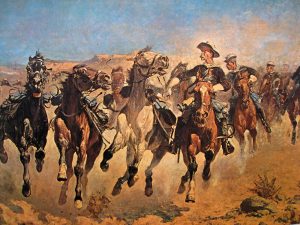