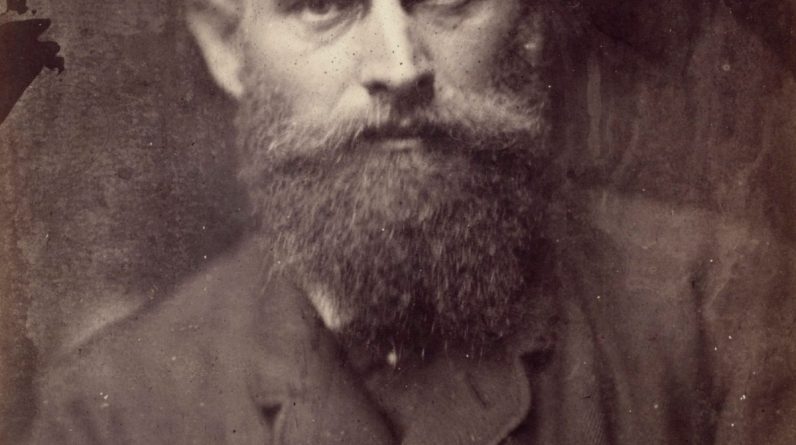 Manet was one of those privileged people who had been born into an affluent family unlike most painters. Yet he decided to choose a career in art than one in politics. Two paintings of Manet, The Luncheon on the Grass and Olympia created furores among the people of that time, they are also on the list of top 100 paintings. These paintings were the basis on which the younger painters rallied for impressionism to be considered alongside other major stylisations like Mannerism. These two paintings are the hinge on which modern art started, the great painters of Modern art followed this tradition of Manet and improved upon it. Manet too had constantly changed and reconsidered his way of painting. He deviated from the style popular during his age to create paintings that resemble photographs in the peculiar use of light. We learn to see nature in a different way through the paintings of Manet.

The Luncheon on the Grass

An impressionist work that would change the face of western art, Luncheon on the Grass was a break away from the conventions of painting established during renaissance. The painting had become controversial, not because the presence of nudes but because the setting of the nudes. Nude women have been painted over the ages, but they have been shown in forests surrounded by nature and angels or with their lovers. Here the women are with men who look like traders. There is no trace of the classical representation the women look like every day human beings, possibly prostitutes. Manet shifted from painting figures that appear three dimensional to figures that look flat inspired by Japanese art. 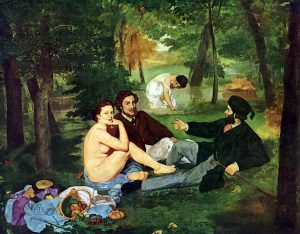 This was another masterpiece that left people in shock when they laid eyes on it. Again Manet paints a nude but she seems to be a contemporary woman not part of any classical canon. Sitting beside her is a maid and a black cat and the women looks with strange eyes at the viewer. The way Manet has arranged the whole scene it can be deciphered that the women in the painting is a prostitute as her servant offers her flowers which might be from a client. While viewers had seen nudes, they were not used to seeing prostitutes being painted on canvas. Again the figures and scenery are painted in a two dimensional way. 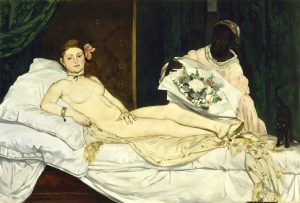 Another painting where Manet went back to painting contemporary subjects, life of the bourgeois who were then emerging into the world as a new class of money makers. The background is painted with darker colours and the women are in white marking a contrast. People were very uncomfortable with the open shutters as they revealed personal space. The faces look undefined while the flowers are drawn prominently. 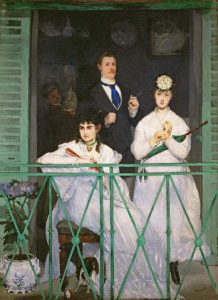