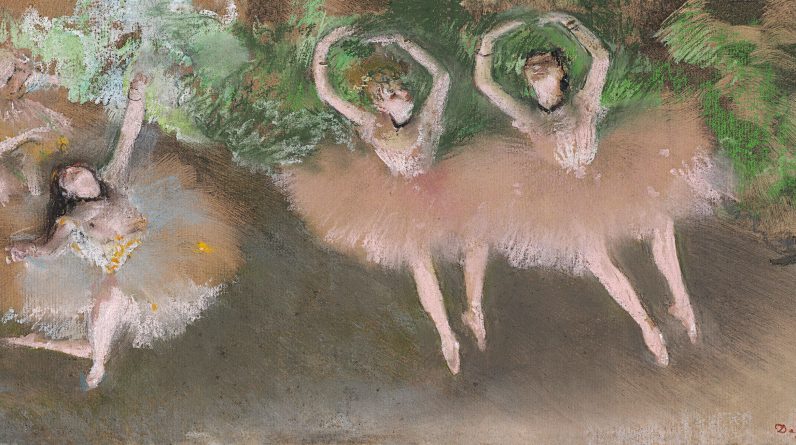 Edgar Degas was born at Paris on 19th July 1834, and he was the eldest child in the family among his 4 other siblings. Very few people know about his full name; it was Hilaire- Germain- Edgar Degas. His father worked as a banker, and the family lived moderately wealthy lifestyle. When he was just 11 years old, he joined Lycee Louis-le-Grand and completed his bachelor’s in literature in 1853 at the age of 17. In the meanwhile, he lost his mom when he was just 13. 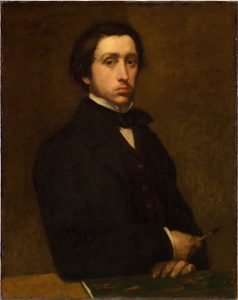 Journey to become an artist:

His father wanted him to become a lawyer, but he was deeply attracted to the field of art. While studying law, he also turned one room in his house into studio and started copying art for learning. During this journey, he met Jean Auguste Dominique Ingres who guided him to draw by taking inspiration from memories and life. Later in 1855, Edgar Degas got admitted to Ecole des Beaux-Arts. After one year, he moved to Italy for three years where he copies Classic French paintings and Italian Renaissance. Surprisingly, he had painted more than 700 pieces by 1860, and most of them were just copies. In 1859, he moved to France and opened a studio in Paris.

Degas created many historical paintings at the beginning phase of his career. In 1865, he submitted one of his most popular painting Scene of War in the Middle Ages to Paris Salon but was not able to receive any attention for that. Distressed from that, he left the historical concepts. In 1886, he started gaining popularity for his masterpiece Scene from the Steeplechase: The Fallen Jockey. 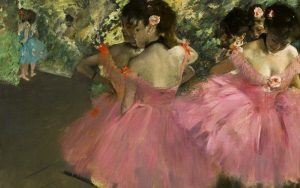 He met Eduard Manet in 1864 when both of them were trying to copy the same painting, and soon they became friends. When there was an outbreak in 1870 due to Franco-Prussian war; he was selected as National Guard, but during rifle practice, he came to know that his eyesight was defective. It turned out into big trouble for him for the rest of the life.

Right after the war, he moved to New Orleans, LA, and started working mainly on Realism. Note that, he sold only one painting to a museum in his entire life and it was The Cotton Exchange in New Orleans. He lost his father in 1874, and when the will was divided, he came to know that his brother has lots of debts to pay. At that time, Edgar sold many of his popular artworks to help his family to come out of the debt. Due to several ups and downs in life, Edgar Degas got isolated from rest of the world. He never married, and during last years of life, he went almost blind. He died in 1917.