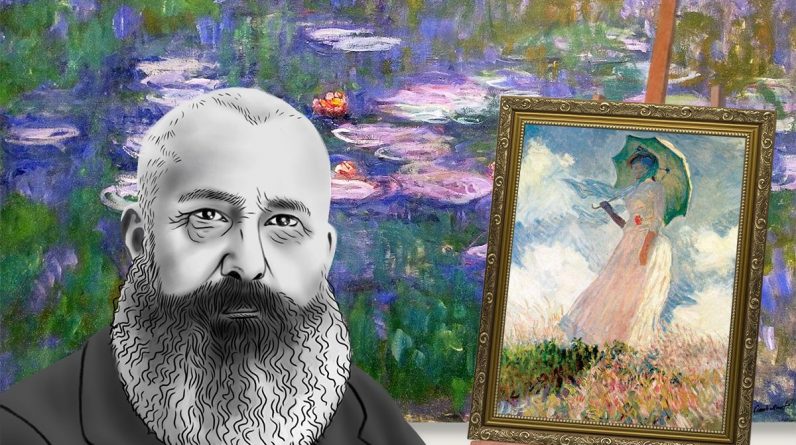 A French landscape painter, Claude Monet was a founder of the art movement known as impressionism.

Monet is regarded as one of the greatest of the Impressionist artists. He has been recognized by his unwavering devotion to the ideals of impressionism. One of his paintings ‘Impression: Sunrise' (1872) (Musee Marmottan, Paris) inspired the French art critic Louis Leroy to coin the term impressionist in a rather satirical review of an 1874 exhibition. 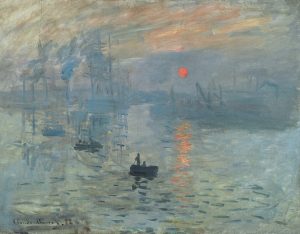 At a young age he met and was inspired by Eugene Boudin a marine painter who like to paint landscapes. Boudin painted in the open air unlike the traditional artists of the time who would do the final painting in the studio. At about 14, met Eugene Boudin, a frame shop owner with a passion for landscape painting. Boudin was passionately interested in effects of nature and painted primarily beaches and skies. Unlike the traditional techniques used at the time, he insisted on painting outside in the open air. Boudin began and completed a painting on location in one sitting. Monet would credit Boudin with creating his interest in becoming a painter.

By the mid 1800's there were new developments in the paints that artist would use. These paints could now be available ready mixed instead of the artist having to grind and mix his own paints. This made painting more portable to take anywhere, not just in a studio. Because of Boudin's influence he developed an appreciation for outdoor painting that would continue all thoughout his life.

In the 1874 exhibition, Monet displayed four pastels and five paintings, as well as his groundbreaking ‘Impression: Sunrise'. Although this painting is considered to be an artistically balanced work, it also shows what was so radically new and original about the impressionist movement. In it Monet uses swift strokes to capture a brief effect of light on water in a busy port, while mist and smoke blur the angular forms of sailboats.

Claude Monet fled France during the Franco-Prussian War (1870-71) briefly residing in England with Pissarro. During this time he studied the work of Constable and Turner. Monet would at this time meet the dealer Durand-Ruel, who was to become one of the greatest advocates of the Impressionist movement.

From 1871 to 1878 Monet lived at Argenteuil. It was here that Monet and some of the other important names in Impressionism painted some of their most joyous and famous works. These artists included: Manet, Renoir and Sisley. By 1890 after a period of extreme poverty, Monet began to become a more successful artist and was able to purchase a house at Giverny.

During the 1890's he produced such well known works as ‘Haystacks or Grainstacks' (1890-91) and ‘Rouen Cathedral' (1891-95). He continued to travel widely, visiting London and Venice but he was determined to devote more time on the celebrated water-garden he would create in Giverny. This led to his paintings on Water-lilies that he started painting in 1899 and would end up taking over his work entirely. Despite failing eyesight, he was able to paint until the end of his life. Monet paintings can be found in many major galleries around the world. 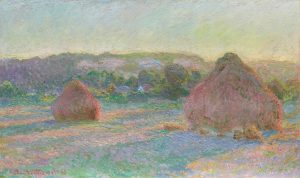