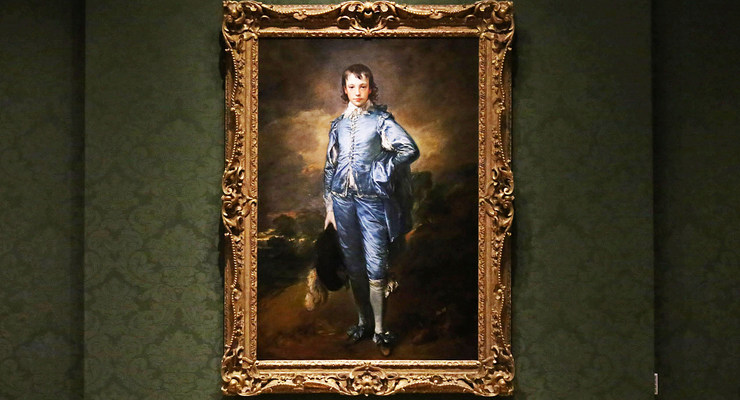 Thomas Gainsborough was a famous English Painter who created many amazing artworks in his lifetime. He was primarily focused towards the portraits and landscapes. Blue Boy is one of the highly valued and widely recognized paintings from the same artist. Those who have seen this painting might be curious to know the story behind this unique painting and the painter as well. Well, here you will find some detailed information about Blue Boy Painting by Thomas Gainsborough. 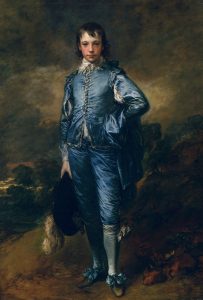 Thomas Gainsborough was born in Sudbury, Suffolk, England on 14th May 1727 and he lived up to 2nd August 1788. He gained popularity worldwide for his skills to pain the canvas very fast. History reveals that he was not focused around formal techniques for painting; rather, he was inspired by the observations of nature to lead his work ahead. While creating landscape paintings, Gainsborough used to follow basic yet classy strokes to highlight the beauty of nature; whereas he captured the individuality of target subjects to create ultimate portraits.

Gainsborough was recognized as a talented painter when he was just 10 years old. He used to study with some French artists at the growth stage of his life. Further, he got inspired by portraits and started creating them to earn some money for his living. However, he once said that landscapes give him a real pleasure.

The mystery behind Blue Boy Painting:

The very first question in viewers mind after watching the Blue Boy painting used to be who is this kid? Well, the Blue Boy in this painting is believed to be Jonathan Buttall, who is a son of hardware merchant. In this painting, the boy is standing while keeping his one hand on the hip. He is wearing a blue garment right from head to toe; it is believed that it is a famous attire of the 17th century. There is a landscape visible behind the boy; note that, Gainsborough used to add such beauty to all his portraits. The original version of this impressive painting is still present at Huntington Library of California.

Blue Boy is a famous painting by Gainsborough; it not just displays his creative portrait designing skills, but at the same time, this painting highlights the historical costume of the early 17th century.

The Journey of Blue Boy Painting:

This painting was first in possession of Jonathan Buttall; but when he filed for bankruptcy in the year 1796, this painting was purchased by a famous politician John Nesbitt and later in 1802, a well-known portrait painter, John Hoppner bought it. After that, Blue Boy entered the Earl Grosvenor collection in 1809. The painting remained with his descendants until 1921, and then it was sold to Joseph Duveen by Duke of Westminster. Finally, the painting was sold to Henry Edwards Huntington at a record price of $728,800, and since then, it resided at Huntington Library.

If you like the blue boy painting, get a museum quality oil painting reproduction is a good choice.