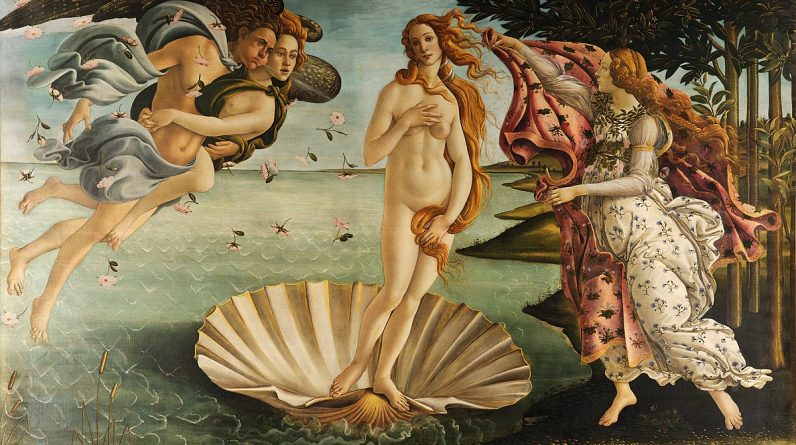 The birth of Venus painting is one of the most important works by Italian artist Sandro Botticelli. It was a major work for its time, and was the first to be painted on canvas, a popular medium in the 15th century. Botticelli took inspiration from classical statues for the modest pose and blond hair, and gilding added reflections to her blond locks.

The Birth of Venus Location 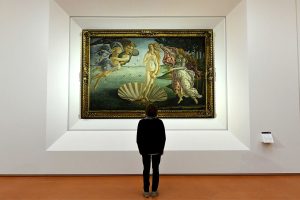 The Birth of Venus Meaning

The painting was painted during the mid-1480s, this masterpiece depicts the goddess Venus on the shore, freshly born and fully grown. It is a work of extraordinary innovation. It depicts a nude woman, a rare practice in the medieval ages. Only Eve from the Garden of Eden was allowed to be depicted naked, but Botticielli produced an image of a beautiful naked woman with a direct gaze and an open heart. The painting is also a mythological story, which introduced a new genre of paintings in the 1480s.

The Birth of Venus Analysis

The Birth of Venus by Botticelli analysis includes an examination of the painting’s content. Although the painting’s composition and perspective are distinctly Renaissance, it does not utilize any of the innovations in perspectival painting that the artists had already introduced during the early Renaissance. Nevertheless, the classical subject matter of the painting would have delighted wealthy Florentines, but it would not have been appealing to everyone. In the fourteen90s, the tension between religious reform and courtly excess reached a head. Moreover, Savonarola preached the crusade in Florence, which also influenced Botticelli. The painter later destroyed his early works, destroying them in a fire.

The Birth of Venus consists of numerous meanings. The Neo-Platonic concept, which prevailed during the Renaissance, viewed Venus as a symbol of spiritual and physical love. This belief is based on the philosophy of ancient Greek philosopher Plato. The painters’ intention was to encourage the viewer to have a contemplative response to the painting, thus reminding him or her of divine love. 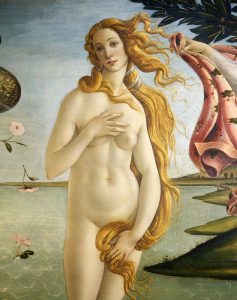 The Birth of Venus Story

It is believed that the painting was inspired by the Homeric hymn published in Florence in 1488, but many scholars disagree, with some believing the work was inspired by the lost masterpiece Venus Anadyomene by Apelles. According to Pliny the Elder, Venus is represented as a woman with long flowing hair and a cloak, a pagan image that resembles an ethereal beauty.

The birth of Venus by Botticelli depicts the mythological figure of Venus as a beautiful young woman born out of the sea foam. The myth says that Venus is two-fold, both a celestial goddess and earthly goddess. In fact, Plato once argued that contemplating the physical beauty of Venus enabled the human mind to grasp the spiritual beauty of Venus. Similarly, Neo-Platonic viewers who viewed the birth of Venus would have been inspired to contemplate the spiritual beauty of the goddess.

Moreover, this painting depicts Venus in an oversized clamshell, with her hands scrambling to cover her statuesque beauty. Meanwhile, roses float from the sky, supposedly coinciding with the birth of Venus. A view of the painting has made it one of the most famous images in history, and it has inspired countless reproductions. Moreover, it has been the subject of countless photoshoots with celebrities including Lady Gaga and Beyonce, as well as several music videos. The painting has also been used in advertising campaigns, having graced two covers of the New Yorker.

Why is the Birth of Venus So Famous?

The Birth of Venus is the most famous of Botticelli’s paintings, and many scholars and art lovers alike have admired this painting. The painting was a huge success in Paris and London, and in the 1940s, it was the most-viewed painting in the museum in New York. One in every twenty-five people visited the exhibition in New York. Although the painting is very popular today, it has long been a topic of debate.